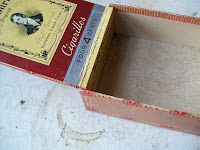 Most of the new collages created this year are on found or thrifted items. I was lucky that the Zygote Press threw out what appeared to be a group collage project from Art on Wheels from 1995 and have created most of the flowers on that batch. I like the process of saving and reusing but i also feel it adds to the oddities of collage unplanned. Unplanned accidents could be your best and worst enemy one of my grizzled old tenured white guy professors used to bellow during crits. I found a box of cheap tiny cigar boxes from Phillie on a recent trek to Akron and was able to score a few to use for future flowers 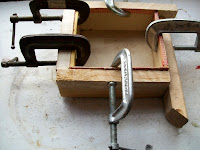 Using tiny clamps found for .10 at the Habitat for Humanity ReStore, I used my leftover wood from shipping pallet deconstruction / recycling to frame the little cardboard box 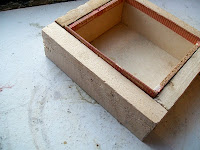 When dry, the cardboard frame holds the cardboard box together for further collage / assemblage and the gears or layers of found hardware is too heavy for paper. The flowers tend to weigh more than anticipated due to real hardware or found objects being applied. The collage surface has to be strong enough to hold and still weigh in the stress of the object in space, a different idea to conquer as in the past, as paintings don't usually fall from the canvas 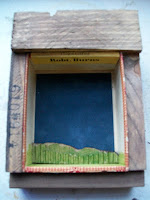 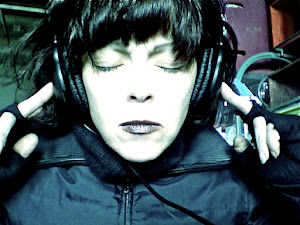